Happy Spring!
The HVVRA is pleased to provide members with this newsletter. We hope you find it useful!

In the early 1900s, after purchasing much of the surrounding land, Robert Home Smith, a local developer, built his home ‘Edenbridge’ overlooking what was known as Humber Valley. His iconic, stately home at what is now 28 Edenbridge Dr,  still stands as a landmark in this community.

While Home Smith was developing residential properties in The Kingsway neighbourhood to the south, the new Edenbridge area was resurveyed and subdivided by Smith’s company. It was earmarked for slower development and known as the Humber Valley Surveys.

Construction in The Kingsway started in the mid 1930s and continued another 30 years after Home Smith’s death in 1935. Many of the houses were initially purchased by his foremen and tradesmen for their families.

Over 30 years, the style of houses in Humber Valley began to change from that originally envisioned by Home Smith to include Georgian, Colonial, English Cottage, Cape Cod, ranch bungalows, split-level, contemporary and modern. That is why houses in Humber Valley Village are so diverse compared to the original Tudor and Georgian styles found in The Kingsway. 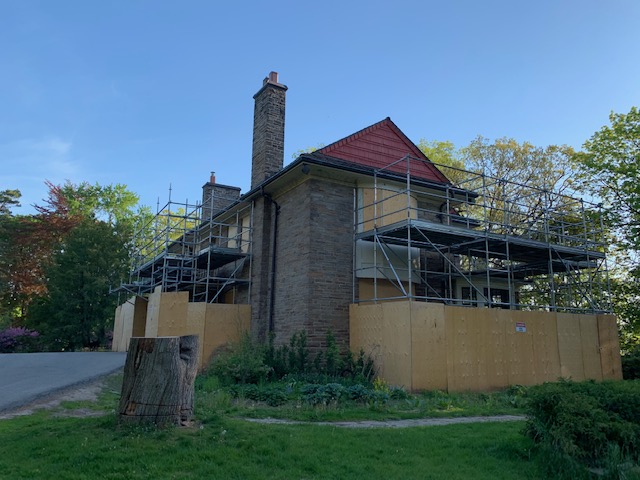 Many have noticed the scaffolding and boarded up windows at the Edgehill House at 61 Edgehill Road. Edgehill House backs onto James’ Garden Park. It was once owned by the James’ family. Frederick James was a very successful Toronto fish merchant. He purchased the land from his father-in-law, Thomas Rumney in 1908 and also purchased the adjoining land from the Home Smith Company. In total, the James’ owned 21 acres. He built a summer residence called “Red Gables” at the top of the valley. It’s this house that we know as Edgehill House. In 1955, the park was purchased by Metro Toronto for $150,000.

We have good news to report. After a delay this spring, work has resumed. The windows are out at the shops for sanding, repair and painting. They will be reinstalled when ready. The wood siding on the house is being sanded and painted as well. Unfortunately no completion date is available but a team is working daily.

Work continues on the St Stevens Court project. Above ground construction has now commenced with concrete floors being poured, to be followed by window installations over the next six months. Should any resident have safety or other concerns arising from work being carried out on this project you may communicate those to the developer by contacting Paul Collison at:

Alternatively you may contact the chair of the HVVRA Working Group monitoring the developer’s compliance with the construction management plan by emailing:
cmackiw@gmail.com

Planning
– Tridel and First Capital (FCR) have received an amended site plan agreement for the Block 5 (Edenbridge) and are preparing to release a statement of approvals. This is the final stage of the site plan amendment application approval. This means FCR and Tridel have met all of the site plan design and engineering conditions provided by the City and Staff are satisfied with the design of the building.
– The land severance application for Block 5 has been approved and finalized by the City of Toronto

Lambton Woods is along the Humber River south of James Gardens.  The City of Toronto and Toronto and Region Conservation have been working diligently to replace a pedestrian bridge that was removed in 2019. As part of the bridge design and approvals process, a number of studies were completed to determine the required size and placement of a new bridge. The new bridge will be installed approximately 25 meters upstream where there is less projected streambank erosion. The existing trail will be realigned to meet with the new bridge location. The bridge has been designed in sections that can be assembled onsite to minimize impacts to the surrounding forest. Having said that, a number of trees will be removed prior to construction, including a number of invasive species. Restoration planting of native species will begin when construction is complete. The anticipated timeline is as follows:

The History of Alex Farm Products 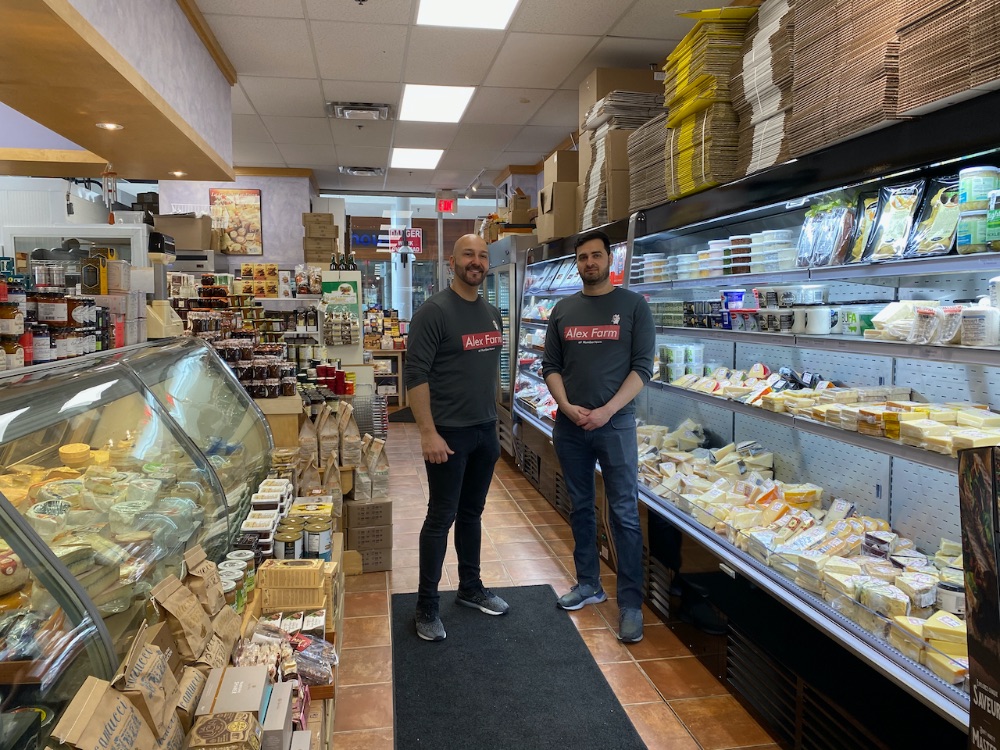 Vitali Chouminov comes from a family of cheese-obsessed people and loves sharing his love for cheese and gourmet foods.

In 2005, Vitali bought a franchise of the well established Toronto cheese company, “Alex Farm Products”.  Founded in 1979, Alex Farm was looking to expand into the west end of Toronto.  Vitali opened his franchise at Humbertown and is now celebrating 16 years of supplying Humber Valley Village and beyond with his top quality cheeses and gourmet products.  Working with Vitali is Larry Csonka who brings with him over 20 years of experience from the original Alex Farm store at St. Lawrence Market.

After five years at Humbertown, Vitali created CheesyPlace.com in 2010 where he can now reach all Canadians by shipping to cheese-obsessed people across the country.  In addition to his local customers, he can now share his knowledge and passion–and his cheese–Canada-wide.  He even has a cheese of the month club!